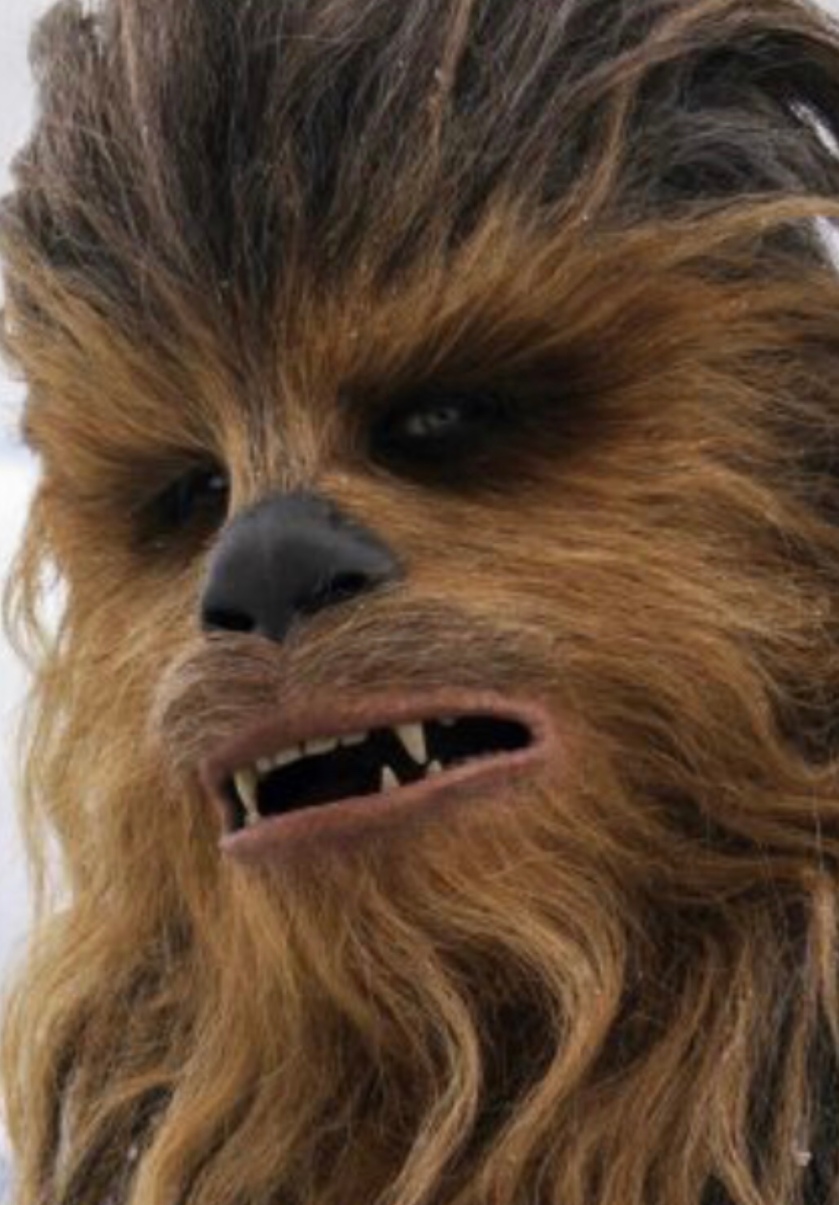 I am a day late in saying this but, “May the 4th be with you!” It was my intention to post yesterday and include this catchy phrase that can only be used once a year. This week it is especially meaningful as we lost someone from the Star Wars family. Our beloved Chewbacca, the man under all that fur, Peter Mayhew, died at age 74 on Tuesday. At 7’2” he found his way into our hearts alongside Harrison Ford in the Star Wars movies. His unmistakable friendly growls and grunts are endearing to all of his fans.

I grew up in a Star Wars family and married into one. I believe you’re either into Star Trek or Star Wars, we were definitely the latter. There are probably people who enjoy neither, but I don’t know them. As a teenager, I worked at Festival Cinemas when Empire Strikes Back came out. The line went around the building. No matter how old I get or what size tv I am watching Star Wars on, the second the yellow printed words begin scrolling up the screen and the familiar music by John Williams fills the room, I am transported back to the late seventies. It was the first movie I remember sharing a common excitement for with my dad.

Years later, the man I married had that same passion for the Star Wars trilogy. Once the movies were on VHS tapes we spent many Sunday afternoons watching Princess Leia and Luke Skywalker. By the time we had children the new shows were being produced. Our kids were brainwashed into the galaxy. One son dressed as Jar Jar Binx. One son is named Luke. The joke never gets old for my husband to say, “Luke, I am your father.”  He took them to all the premieres, even if it meant a midnight showing and missing school the next morning. We had Star Wars legos, pajamas, bedspreads, and waffle makers. The obsession has never ended, and continues with each release of the ongoing saga. Debates, predictions, analyses, and critiques are held at the dining room table. Our love for Star Wars went from one generation to the next.

Until Harry Potter or Game of Thrones came along, the Star Wars movies held the highest place in our family. I would have never expected any movie series to come along that could capture our passion like Star Wars. Then came a little boy who wielded a wand and triumphed over a different evil, instead of Darth Sidious it was Lord Voldemort. Who’d have thought that right in our own living rooms we would be treated to a series as riveting as Star Wars or Harry Potter, and with even more good vs evil, power hungry plotting characters? We have a cat and a dog names after characters from Game of Thrones, Sansa and Summer, which I suppose reveals our passion for this series (of which there are only three episodes remaining).

Even with the latest excitement of who will sit on the throne in the end, there is still nothing like a rainy afternoon watching Han Solo and Chewbacca maneuver the Millennium Falcon with the TIE fighters on their tail. I have always been particularly fond of Chewbacca, the furry wookie. My oldest son can imitate him perfectly, and on occasion, Koda will utter something sounding like a young Chewy. Summer’s scruffy face slightly resembles Chewbacca’s. You be the judge… So, for the last time this year, and just a day late, “May the 4th be with you!”